PARTS is very sad to learn of the passing away of Annie Declerck, who was a member of the General Assembly and the Board of Directors of P.A.R.T.S. since 2003. She was a very committed supporter of P.A.R.T.S., and above all, in her career as a TV journalist, she made an invaluable contribution to the development of the performing arts in Flanders.

Thanks to her father, Richard Declerck, governor of the province of Antwerp, Annie Declerck (°1934) came in contact with the theatre at an early age. From 1952 till 1997 she worked for the public broadcasting company NIR/BRT/BRTN, first as an assistant, then as a producer and programmer.

In 1958, within the framework of Expo 58 and for six months, she did an average of three live television interviews a day from a small studio at the Heysel. In 1959 she conceived Toneelmagazine, the first Flemish television programme exclusively devoted to theatre and other performing arts.
In the following years Declerck made a long series of programmes that all had the goal to bring art and culture into every living room. She always did so with great integrity towards the artist, but also with a concern to make the work of the artist understandable and interpretable for the general public. Over the years, she made long series of programmes such as Zoeklicht, Binnen en buiten, Horen en zien, Dag aan dag, Kunst-zaken, Het gerucht, Persona, Verwant or Ziggurat. Some were mainly aimed at art news, others offered in-depth portraits of artists. Examples of the latter in the Persona series were broadcasts dedicated to Marguerite Duras, Jerzy Grotowski, Tadeusz Kantor, Giorgio Strehler and the Living Theatre.
For the programme devoted to Susan Sontag, Declerck received the Bert Leysen Prize.

All arts were represented in her work, but the theatre always remained of particular interest to Declerck. For forty years, she followed the developments in theatre in the Dutch-speaking world and beyond. The archive she built up of recordings of (fragments of) performances and conversations with theatre makers (authors, directors, choreographers) is considered unique in the world.

She herself always remained in the shadows in front of the public. Her influence over four decades for the democratisation of art can hardly be overestimated. More than ever, she contributed to the cultural mission of the public broadcaster.

Besides Annie Declerck was among other things a member of the jury of the Theatre Festival and of the Assessment Committee Theatre (until 2012).

Further reading:
An interview with Annie Declerk on her career at the VRT (in Dutch)
An in memoriam by the VRT with avec des archive footage (in Dutch)

(with thanks to Theo Van Rompay) 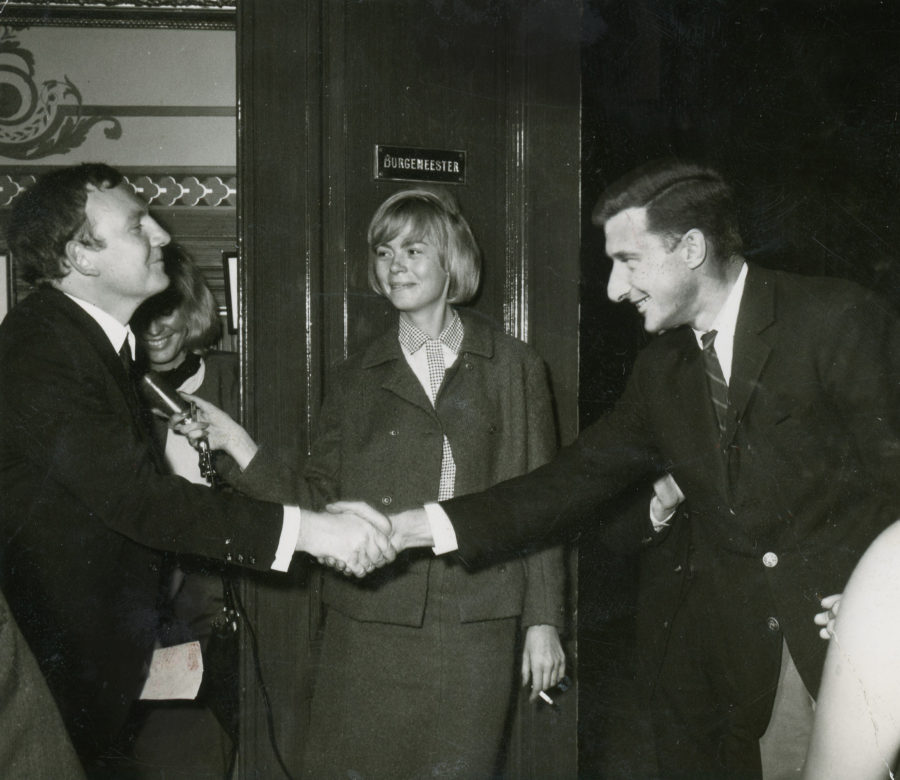