PARTS 25. A recognition as Bachelor and Master in Dance.

The expert committee about the Training cycle (Bachelor in Dance):
“ Both the design of the programme, that corresponds with the developments in the contemporary dance scene, and its flexibility support students to develop as artists. The committee highly values the quality of the teaching staff and facilities, the intensive tutoring of students and the structural involvement of the professional field in the programme (guest teachers). … The committee sees an impressive continuous development, which has led to a stable and inspiring environment for dance students. “
You can read the entire committee report, convened by the NVAO (the Accreditation Organisation of the Netherlands and Flanders) here.

The expert committee about STUDIOS (Master in Dance):
“ What makes P.A.R.T.S. quite unique as an inspiring artistic environment according to the panel, is trust and dialogue and directly related to it the self-regulating culture of learning based on an artistic peer agreement. “
You can read the entire assessment report, convened by the NVAO (the Accreditation Organisation of the Netherlands and Flanders) here.

You can read more info here.

On September 4th, 2020, it will be exactly 25 years since the Brussels School of Contemporary Dance, P.A.R.T.S. (Performing Arts Research and Training Studios), opened its doors.

P.A.R.T.S. was an initiative of Bernard Foccroulle, then director of the national opera De Munt/La Monnaie , and choreographer Anne Teresa De Keersmaeker, who still runs the school today.

With PARTS, the initiators of the school wanted to provide a pedagogical anchoring for Belgian contemporary dance, which experienced a major international breakthrough in the 1980s. Even in Europe at that time there were only a few institutions who resolutely focused on these new artistic developments.

P.A.R.T.S. is first and foremost an artistic project. The curriculum is based on the multifaceted artistic practice of Anne Teresa De Keersmaeker. The school is a laboratory for the future. ‘I can't teach someone how to dance’, said De Keersmaeker at the opening of the school, because ‘One learns to dance oneself’. ‘But perhaps I can give you a desire. And experience. Making a place for challenges.’ P.A.R.T.S. has always been a place where critical and creative artistry can take root.

To this day, 567 students have studied in PARTS for one or more years. Over the years, they have been taught by more than 400 teachers. P.A.R.T.S. does not have a permanent teaching staff. All teachers, the majority of whom are active artists, work on a freelance basis. The students are recruited internationally. In 2019, 1,200 young people took part in auditions held in 27 countries, mainly in Europe, but also in Brazil, Canada, Chile, Japan, Tunisia, and the United States.

Today, the P.A.R.T.S. program comprises two cycles, each organised once every three years.

The basic 'Training' cycle lasts three years and is aimed at young dancers and aspiring choreographers. The cycle accommodates about 40 students. In 2019, the Flemish Government recognised this program as a Bachelor of Dance.

The continuing cycle 'Studios' targets young choreographers and performance makers and focuses for two years on the development of an independent artistic practice. The programme currently has 14 participants, and was recognised by the Flemish government as a Master in Dance in July 2020. The students come from the 'Training' cycle or have a BA in Dance from another program.

Both cycles started in September 2019. There will be another intake for both cycles in 2022.

P.A.R.T.S. combines advanced technical training with imagination and research. The training draws on both the classical tradition and the post-modern techniques. The school pays a lot of attention to repertoire studies, mainly by Anne Teresa de Keersmaeker and Trisha Brown, but also invites many contemporary choreographers for creations with the students. Providing tools for improvisation and composition goes hand in hand with developing one's own work and sharpening independent research. Dance is increasingly placed in a broader practice of the arts, with a strong focus on music and theatre. An ambitious theory program familiarises students with the history of the arts as well as with philosophical, sociological, and social thinking.

In its program, P.A.R.T.S. has never made a strict distinction between 'dancers' and 'choreographers'. It has always wanted to create a biotope in which a student can find their own voice.

Graduates of P.A.R.T.S. are performers in the work of almost all Belgian-based choreographers, such as Sidi Larbi Cherkaoui, Claire Croizé, Lisbeth Gruwez, Thomas Hauert, Mette Ingvartsen, Daniel Linehan, Jan Martens, Meg Stuart, Wim Vandekeybus, Marc Vanrunxt, and of course Anne Teresa De Keersmaeker herself, but can also be found among many foreign choreographers.

In its early years, P.A.R.T.S. was financially supported by De Munt/La Monnaie, Rosas, and the Flemish Community Commission. Since 1998, the Minister of Education subsidizes the school by means of five-year management agreements. From 1995 to 2018, the school also received important support from the European Commission for scholarships for the international student community.

From the foundation of P.A.R.T.S., the development and daily management of the school was in the hands of deputy director Theo Van Rompay. His retirement coincides with the 25th anniversary of the school. On September 1st, Charlotte Vandevyver, currently coordinator of the program 'Studios', will take up her position as the new deputy director of P.A.R.T.S., to lead the school together with director Anne Teresa De Keersmaeker. 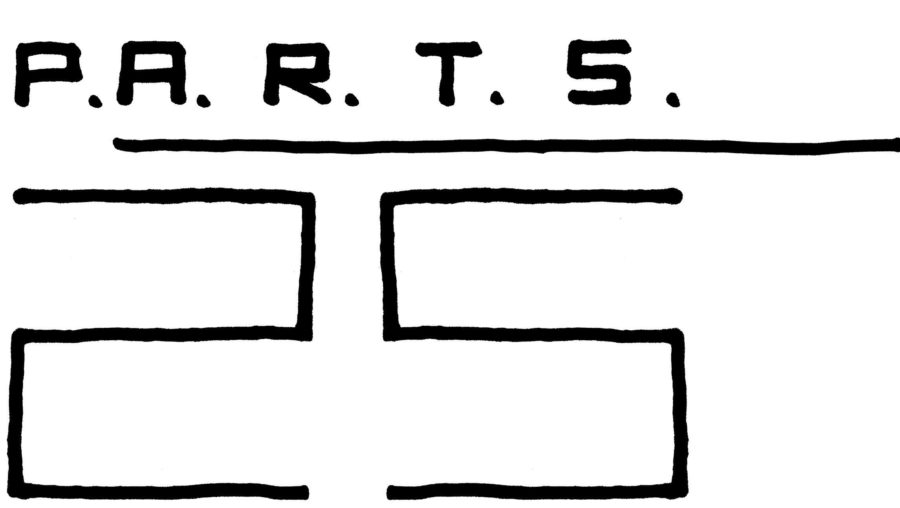